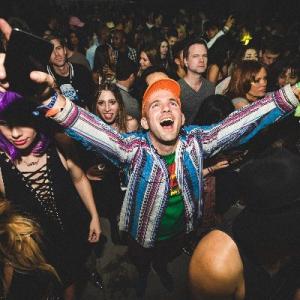 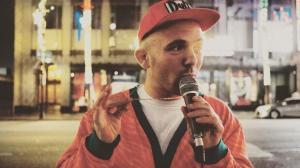 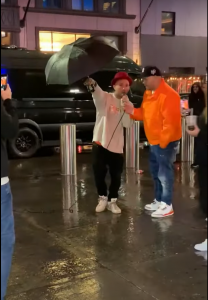 Outside of the Madison Square Garden, Kosha Dillz. New Jersey native has once again shown the world why he is one of the most underrated on the scene.

Kosha Dillz ill freestyle ability eventually earned him notice from RZA of the Wu Tang Clan, with whom he has since recorded, on the 2010 track "Operator," also featuring Kool G Rap. RZA calls Kosha "one of the rawest Jewish kids I know, proving again that hip-hop comes in all shapes, sizes, forms and races." The Los Angeles Times observed, "Though he's a technically skilled rhymer, Dillz's greatest gift is his willingness to engage the crowd. He'll do goofball Russian dance kicks, crack jokes and single out individual audience members.

Outside of the Madison Square Garden, Kosha Dillz. New Jersey native has once again shown the world why he is one of the most underrated on the scene.

On the sidewalks of New York City, posted up with a microphone and an amp the first-generation American rapper, Kosha Dillz, stood freestyling in the rain, umbrella in hand, showcasing his talent and passion for those passing by; following the Knicks victorious win against the 76ers.

When one of the pedestrians turned captive audience grabs the mic from Kosha Dillz. At first you just see a blur of an orange Knicks hoodie the moment the booming voice exits the speaker it becomes clear, Fat Joe has just jumped onto the mic to add an additional verse to Kosha Dillz’ performance.

A moment that admist the rainfall was captured on film and has since gone viral; having been picked up by Maxim Mag. Who will be next? LA Leakers? Sway? Funk Master Flex?

Stay tuned to @KoshaDillz for more.