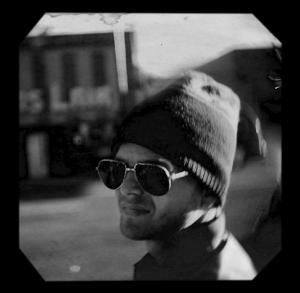 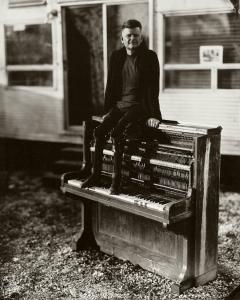 The Austin, TX artist recently released video performances of "Rabbit In Your Headlights" by UNKLE featuring Thom Yorke and "A Hymn" by IDLES.

AUSTIN, TEXAS, UNITED STATES, November 16, 2021 /EINPresswire.com/ — Indie Electronic musician 1st Base Runner has been keeping busy lately, having recently released debut EP 'Seven Years of Silence', which was accompanied by two epic Matt Mahurin-directed music videos ("Break Even" and "Only One"). Currently he's preparing to release 2nd EP "Ellis" on December 10 along with several new music videos on the way soon after.

He's also a music lover himself, made evident by his superb cover song choices. 1st Base Runner has released his own version of one of his personal favorite songs, the classic "Rabbit In Your Headlights", originally released in 1997 by UNKLE, featuring the memorable vocals of Thom Yorke. This cover, released with an intimate solo performance, is exclusive to Youtube.

Following up "Rabbit In Your Headlights", 1st Base Runner released a second video performance of "A Hymn" by modern post-punk heroes IDLES, who recently made their US television debut on Jimmy Kimmel.

Tim Husmann's meticulous approach to the music and production shows throughout his multi-layered releases. The songs are thick with atmosphere, elevated by deceptively simple mantra-type vocals and lyrics that stare into the void without fear. Stylistically, this release should appeal to fans of artists like Radiohead, Godspeed! You Black Emperor, My Bloody Valentine, M83, Nick Cave, Beak or Exploded View.

Music is a compulsion. In another life, Husmann performed with international acts at storied venues all across North America from the Troubadour and the Fillmore to Montreal's St. James United Church, playing drums, synths, and arranging electronic live setups. For the 1st Base Runner mastermind, a hiatus of seven years was necessary to clear out the creative coffers of past projects in order to forge ahead with a fresh new sound. Striking out on his own he sought to coalesce his inspirations into an endeavour that tied together his love of vintage synthesizers, atmospheric musical acts, and surrealist cinema. With all this musical flotsam and jetsam floating around in his head, he was compelled to make his long-awaited return to the scene.

Born in Amarillo, Texas and residing for most of his adult life in Austin, Husmann now lives in the hills outside of the hip cultural capital. He crafts his concertos conveying the ironies of the human condition from the privacy of his personal studio on the acreage. A highway burn removed from the neon distraction of Sixth Street and the live music crucible of the Red River District, Husmann can channel the wind whistling through the thicket on those vast Texas plains to inspire the airy waves of cascading sonics that proliferate his pieces.

Listen to 1st Base Runner's covers of "Rabbit In Your Headlights" and "A Hymn" on Youtube.