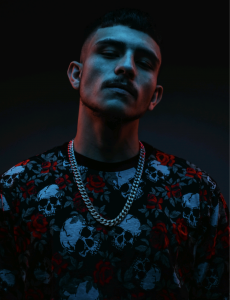 Eaze’s story is that of a person who goes from having nothing to having it all, and he tells his tale passionately in every compelling album he puts out.

DENVER, COLORADO, UNITED STATES, November 16, 2021 /EINPresswire.com/ — Perhaps the most compelling and satisfying stories involving artists and musicians are those in which the protagonist hails from humble beginnings, and goes on to work hard and build an empire. This narrative holds true for Elias Iverson, who prefers to go by his artistic name ‘Eaze’, as he also came from practically nothing, and he is currently constructing a legacy in his niche.

No stranger to the law, Eaze always somehow found himself on the wrong side of it – as a teen and young adult, he would get himself in legal trouble quite frequently. Being in and out of juvenile centers at such a young age was hard for him, and so he found his way through music. Music allowed him to use his time more productively and in working towards his musical passion, he found his true calling and was able to turn his life around.

His latest single is titled ‘Speechless’, and its produced by Chad G and David “The Bully” Welch. Listeners can attest to the fact that he, as an artist, is getting better everyday. Creating organically rhythmic and engaging music is coming naturally to him, and fans around the world are beyond impressed.

Go to https://open.spotify.com/album/6WNTSgrNVDaY5ujstUvACc to explore his music, and follow him on social media. For interviews, reviews and collaborations, feel free to reach out to the artist via email.

Elias Iverson, also known as Eaze, is truly a gifted artist who has a story to tell. He started writing songs at the tender age of 12, amidst a rough childhood, and the rest is history. Music is what kept Eaze’s life balanced as he spent his teenage years in and out of jail, and it is what allowed him to turn his life around, allowing him to also produce quality musical pieces like his album ‘Fresh Out’, which includes his insanely popular release ‘Speechless’.