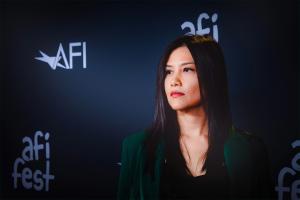 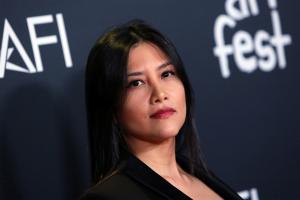 Eli Zavala talks about disrupting unconscious bias and moving away from stereotypes through authenticity while discussing her role at AFI Fest.

I refuse to erase my accent, I share it with millions of people. If I erase this accent, is like saying that our voice doesn’t matter and doesn't need to be heard. I do not agree with any of that.”
— Eli Zavala

Zavala who gives a powerful rendition as Nelly, with a performance that is creating quite a buzz on the Festival circuit, told the audience “There’s a fine line between being authentic and being stereotyped and authenticity is only possible if it’s rooted in respect for a culture and in specificity. As a performer, those two approaches are fundamental to get away from stereotypes on the screen and to bring truthful characters to life”.

The multihyphenated performer said of authenticity: “is one of the many reasons why it’s so important to have an inclusive and diverse talent portraying, and creating stories: to have the opportunity to disrupt unconscious bias and steer away from stereotypes because Cinema, as an art and as an entertainment form, shapes the way society sees itself. That’s undeniable” said the actress and producer.

Talking about the process of making the film and being able to play a character “without stereotyping her”, Zavala told the audience that she worked closely with street vendors around New York City especially in Harlem and in Queens Plaza, an important location in the film. “That was something necessary for me to do. I needed to know everything about her material world and not just about her inner being. It was important to do that to immerse myself fully in the world of street vending and to be able to truthfully portray Nelly, who is way more than just a street vendor trying to survive in a ruthless city like New York. Nelly represents thousands of people who share the same circumstances as her. That adds another type of responsibility as a performer, as a producer, as a storyteller: dignifying the unseen and the unrepresented.” She also added “I also wanted to bring my Mexican, immigrant, and WOC experience to Nelly. For me it was utterly important to bring the isolation and fear that comes with leaving the country you were born in, and, at the same time, bring in the excitement that comes from pursuing and slowly getting better opportunities in a foreign land, all while steering away from stereotypes”.

Just like Nelly, Eli is determined and has a clear objective: to give a voice to the unseen and to bring to life characters that reveal universal truths through creative storytelling. To do this she co-founded Splinter Pictures and La Filmadora, two New York City-based film companies championing highly artistic and authentic storytelling and a special hub for Latinx and Hispanic creatives, she is also part of Filmadora Numina a production seal based in Monterrey, Mexico and is also part of the Board of Directors of Cinematográfica y Escénica de México a non for profit with the mission of bringing a better representation -and fighting misrepresentations- of minorities on the screen.

“I’m quite stubborn, and I have a very high motivation, so as long as there are characters like Nelly and interesting stories to tell, I’m not going anywhere. Quite the contrary, I want to bring to life a myriad of characters while keeping my accent” said the actress, “I refuse to erase my accent, I can modify it, yes, without a doubt, if a character requires it, and that’s ok. But I share this accent with millions of Americans and people around the world. It would be disrespectful to erase a part of our identity that is as visible and evident as the accent of our voice. If accept that, if I erase our accent, is almost like saying that something in us is wrong or that we don’t have the right to speak or that our voice doesn’t matter and doesn't need to be heard…and I do not agree with any of that, and I am here to help change this point of view in the industry. So, there is a lot of work to be done." said Zavala before wrapping up the conversation that followed the film’s screening.