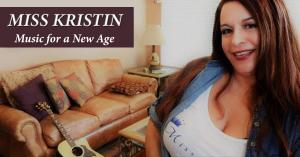 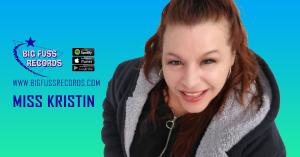 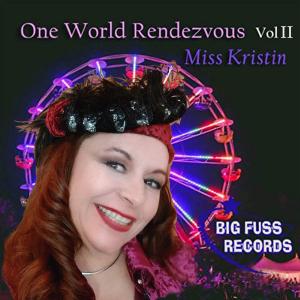 People have beautiful souls; every color and creed. To share our hearts is more important than outward appearances and especially concerns over what people may think.”
— Miss Kristin

CAMPBELL, CA, UNITED STATES, November 23, 2021 /EINPresswire.com/ — Miss Kristin, a multi-talented musical artist and songwriter, has released her new album “One World Rendezvous Vol II” on the Big Fuss Records label and the music is available Worldwide. The "One World Volume II" release and inspiration, follows the first part of the theme “One World Rendezvous Vol I” which was made available in March of 2020.

Kristin has been writing songs for over two decades and is known for her versatile style and ability to capture the essence of a song and bring it to life in a way that few can. She is a prolific music artist, fueled by her passion. Kristin's sound has been described as a cross between Norah Jones and Sade with a hint of Mariah Carey. In addition, Kristin’s music is referred to as a refreshing blend of Folk, Rock, Country, and Pop that has been compared to Sheryl Crow, Jewel, Lucinda Williams, Natalie Merchant and Katy Perry. Kristin has earned the reputation for writing songs with meaningful lyrics that relate to everyday people and continues to carve out her own musical niche with an inspiring message of hope and love.

Miss Kristin brings a fresh sound to the world of music. “One World Rendezvous Vol II” is about all the different people and cultures around the world and the need to come together for a bright future. Her lyrics are inspiring and thought provoking, while her melodies are catchy and beautiful. She has put together an album of warm and pleasing tunes. These are enjoyable songs that make you want to listen deeper and for sure, put the player on repeat. “One World Rendezvous Vol II” is available on Apple Music, Spotify, Amazon Music, Google Play Music, Tidal, Deezer, Groove Music and Shazam.

Through a series of life changing events, Miss Kristin has come to be known as a “Singer of the People” with a catalog of songs that touch the hearts of folks all over the world. The first song in the new selection is “Love So True”. A track about interracial love. Kristin states: “People have beautiful souls; every color and creed. To share our hearts is more important than outward appearances and especially concerns over what people may think.”